We are living in unprecedented times right now. Some of us parents are being tested to the limits of what we thought was possible. And yet, we are surviving. Step by step, day by day. There’s a reason why… 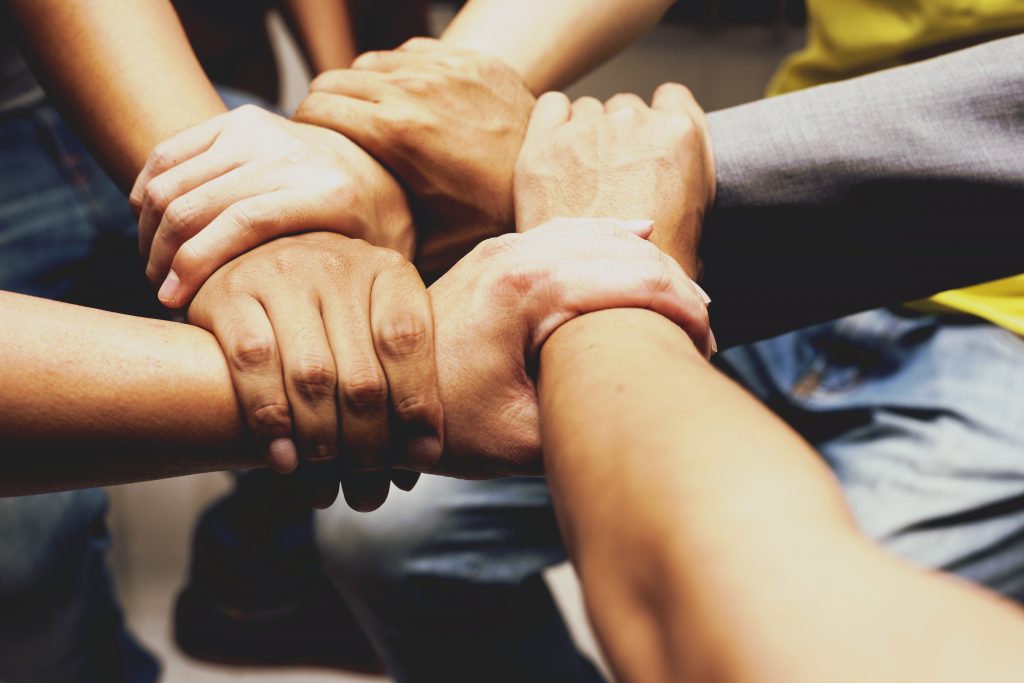 The first couple days for me were the typical shock factor. Then the shock wore off and I had a moment of peace. I realized…I’ve been here before. Not exactly in the same circumstances. But similar enough.

Sometimes we find ourselves struggling through this journey as parents in ways that are beyond the normal struggle. But often, we’re afraid to admit that we may need medication too. How do we reach out? Our hope is that this post encourages you to bravely step into the light. You are not alone! 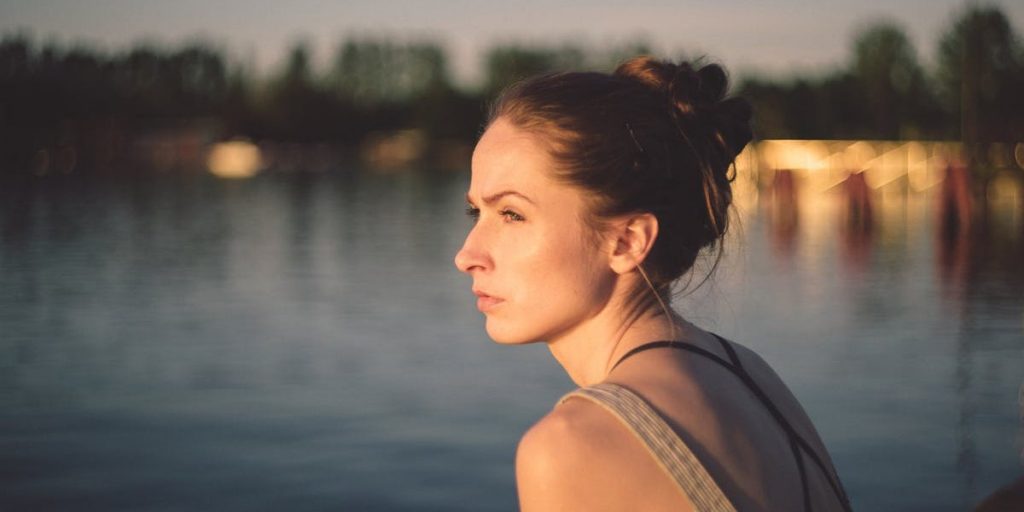 My children were preschool and elementary age and had struggles. The kind that keeps you up at night. That drains you. That most people don’t get. The behavior kind. The invisible special needs-kind which gives way to more judgement from others, even if just perceived. It had been years and was taking a toll on me.

Community is so unbelievably important to achieving health and success with your kiddos on this journey. Even if the journey is easier for some and harder for others. We’re all in this together and we need one another.

Have you ever met an adoptive family that seems to have it easy? Like not only was their process smooth, but their kid just hasn’t seemed to skip a beat. No health issues. No physical issues. No mental health issues. No IEPs. No developmental delays. No sibling rivalry issues. No letters for a diagnosis the majority of the world doesn’t understand issues. No phone calls from school issues. No law enforcement issues. And no holes-in-your-walls issues.

It’s a common question in our society. We all wonder if we are capable of such a hard task. Those of us who are seasoned usually find out we most definitely are not capable at all because so much more plays into it. Outside our group, it’s phrased as more of an exclamation. “Not everyone should adopt!” It seems they feel judged and maybe that I think of them as less than for not doing such a “noble” task. 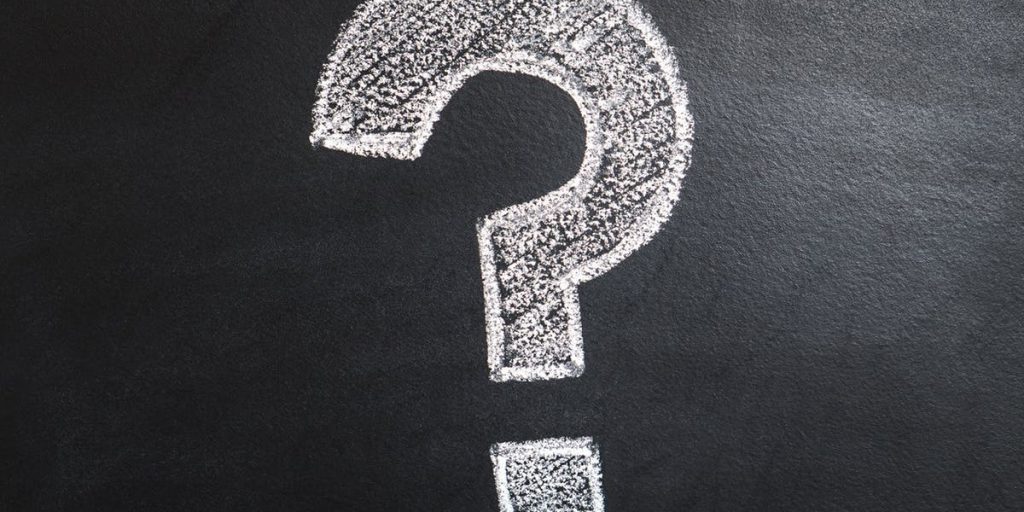 I’ve observed/know of/heard of many families who started the journey of adoption where it worked great. Most just worked, but maybe not great. I’ve also observed those that started the journey and then it didn’t work. Like all things went TERRIBLY wrong. There is no cookie cutter answer or family for this job.

Sometimes we have to allow our hearts to break over the reality that many children in our world are vulnerable and highly susceptible to abuse, trafficking, and modern-day slavery. May these honest words spur you on and motivate you to love even deeper than you already do… 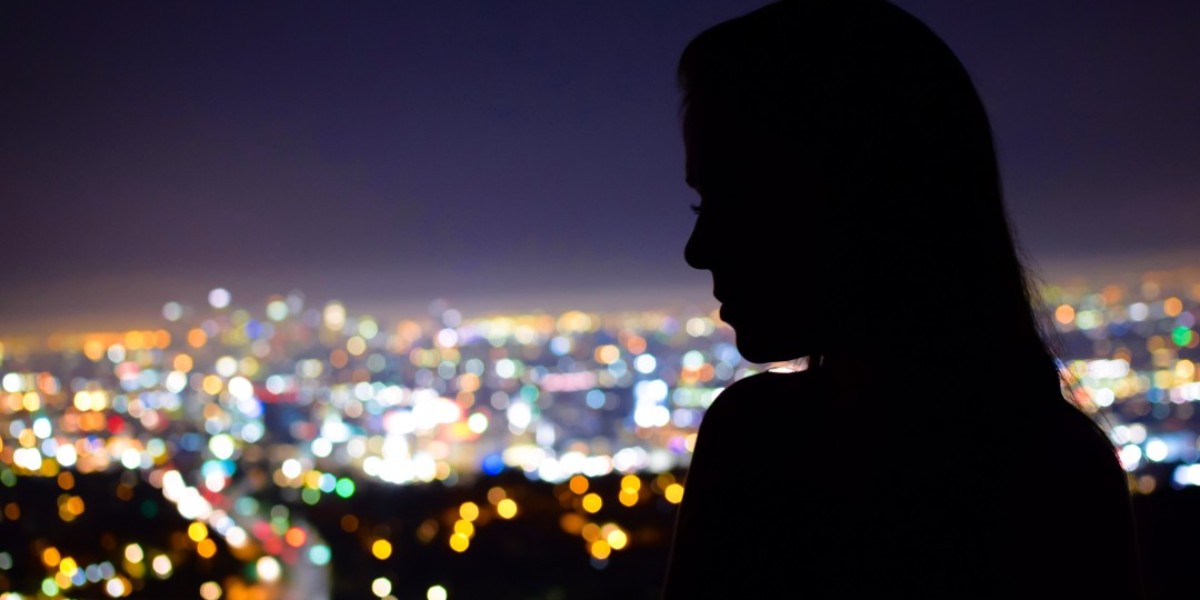 At one time they were children who didn’t have a family to fight for them and ended up in the sex industry. And dare I say, I saw my children in the future, except for the grace of God. Statistically, this is what the future would hold for children like yours and mine if they had stayed in the system and were only known as blurred out faces.

Most Americans who are victims of sex trafficking come from our foster care system. It’s a system that leaves vulnerable children to be preyed upon by pimps. Internationally it happens too. Orphans are prime targets to be trafficked. They have no one. No skills. No one to fight for them. Children have been known to vanish from orphanages. It’s easy for them to go unnoticed when there are no records. It’s as if they never existed.

I’m not saying all these women were trafficked. But 20% of the clients we served were. And that’s just the ones we knew about. Even if this was a path they chose of their own free will, not one child wakes up one day and says, “I want to become a sex worker when I grow up.” For various reasons, they have all been desensitized to this life.

The first time I visited a brothel, I scratched my head in terrified and horrified disbelief. What is a girl like me doing here? Then, what is a girl like that doing here? But the more I visited, the more I looked forward to it. What I found is that they really were very much like me. They were women. Moms. Some had custody. Some didn’t. Some of them were wives. We shared stories about our kids. There’s always a story to share there. And I felt like I was getting a break from my daily trauma momma life, yet still engaged with the population my heart ached for.

This organization I volunteered with exists solely to give value to these women. That’s it. We didn’t preach to them. We didn’t encourage them to get out. But we did let them know if they needed a dentist, a doctor, counseling or anything else, we could help get them those services. Regardless of what the world tells them, these women have value. We took our usual cupcakes, makeup and hair supplies and helped them get ready for their day.

One day, there was a lot of whispering and gathering of the girls as they anxiously talked with the social worker. Another worker’s boyfriend beat her up badly. And since she was beat up, she couldn’t work. Since she couldn’t work, she couldn’t stay there. She had no where to go. So she went back to stay at her boyfriend’s place. They knew she was in danger. They asked us to help. Several attempts were made to reach her, but she never returned the calls.

A couple months passed and I received a text. She died and it was being investigated as a homicide. I was shocked. I knew of many families with tragic circumstances surrounding the loss of their loved ones. But none because of murder.

So we made another trip, but this time, it was to give honor and value in a different way. We took pink balloons and our usual cupcakes and attended the memorial service for a precious life cut short. They shared stories, displayed pictures of her and planted a tree on the brothel property in her memory. There were 12 people who attended the funeral. The smallest funeral I’ve ever been to. The saddest funeral I’ve ever been to. No family. Only workers and other associates of the brothel.

At the end, one of the girls walked up to sing a song. I remember thinking, “I wonder what song she will sing?” I was thinking something secular or even unusual. And then these words rolled out of her mouth:

Amazing Grace, how sweet the sound,

I once was lost but now I’m found,

And then the tears came. To me. It was the most beautiful version of that song I have ever heard. And not because she had a professionally trained musician’s voice. It was the song.

We’ve all heard the song. But you’ve never heard that song until you’ve heard a sex worker sing it at a sex worker’s funeral.

In that moment, under the big Nevada sky with the snowcapped mountains in the background, I was standing in an unlikely match, and yet here we were, all the same. We weren’t there to provide makeup or hair services or resources. We were just a group of people, all in need of grace. What started as the saddest funeral I have ever been to, ended up being the most beautiful funeral I have ever been to and one of the most memorable moments in my life.

So let’s continue to fight this fight and love big. Not as saviors. But as those who have received grace and now want to give grace.

Question: What are your thoughts or feelings after reading this story? Share with us in the comment section below. You can leave a comment by clicking here.

The day came. I knew it would. Just didn’t know when or what the age would be or what circumstances would bring it up. Even though I knew it would eventually come, it didn’t make it hurt any less. 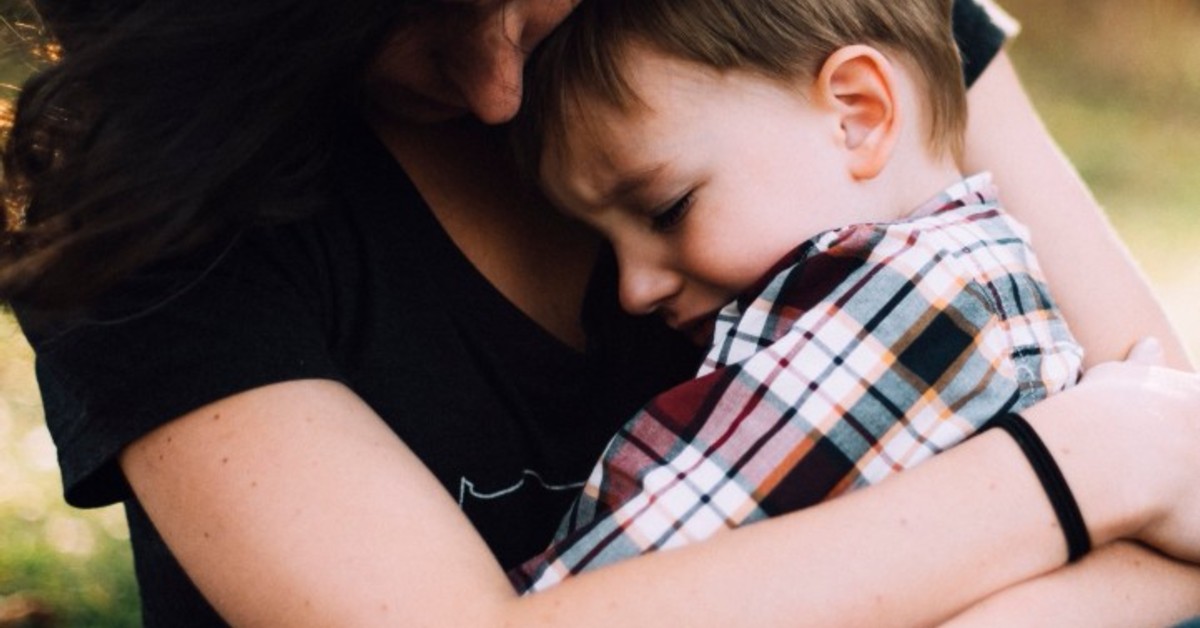 He was my first baby and has been my son since he was 3 months old. We’ve had our ups and downs. Some quite painful. The diagnoses. The therapy. The raging tantrums. The many broken things. The IEP meetings. The side talks with teachers.

The adoption journey can bring about immense blessings that you never saw coming and never expected to experience. But sometimes the blessings come in unexpected ways. 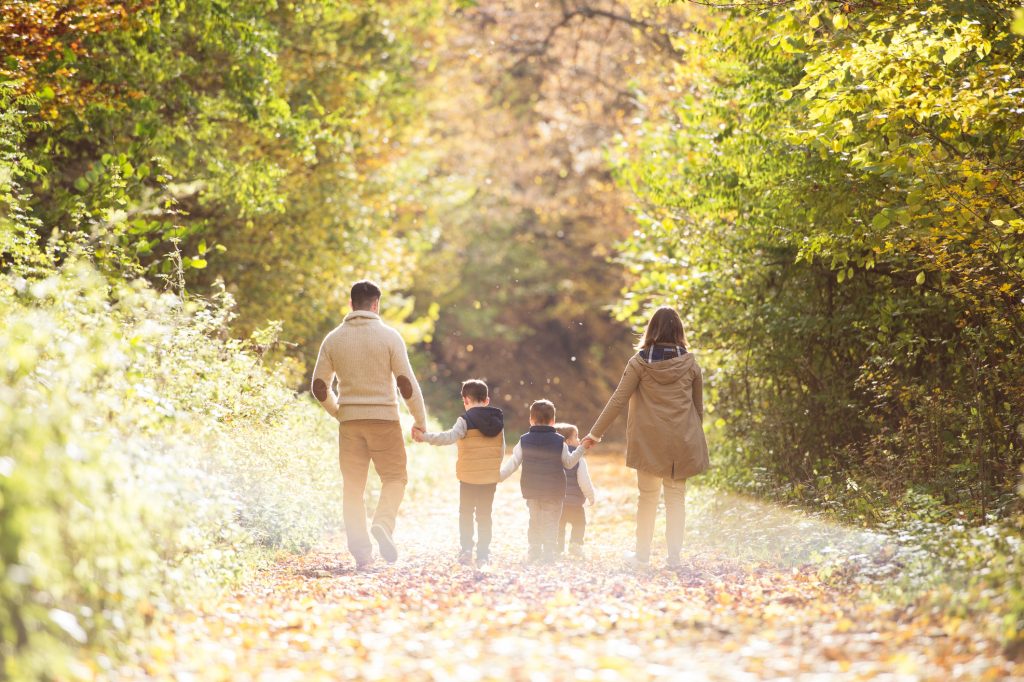 It’s often a dreaded adventure for foster and adoptive parents: summer travel. Or any travel, for that matter. Often, we wonder, is it worth it? Maybe we’re safer just staying home? We’re here to tell you, it is worth it. And here’s why… 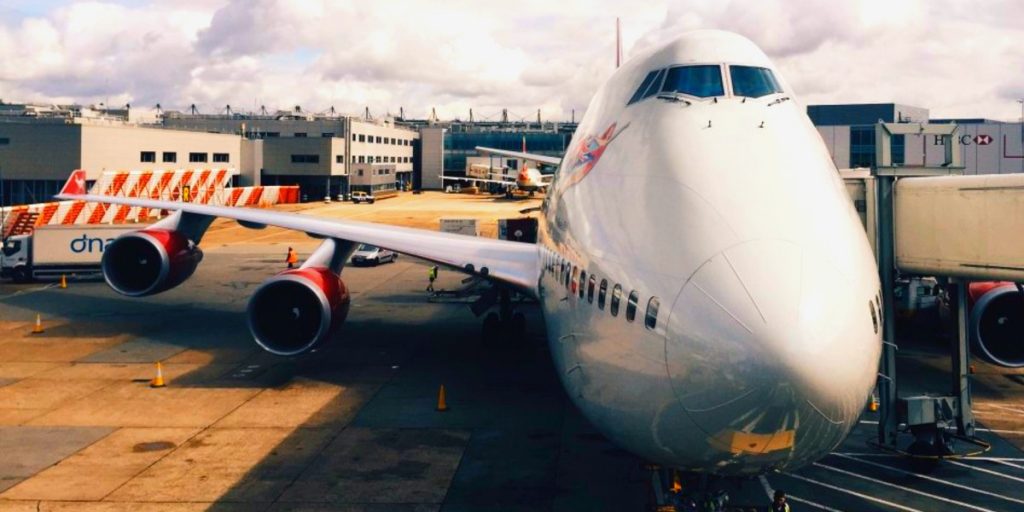