Disney’s live action take on the classic Dumbo soared across screens nationwide on March 29th, and I’m answering some big questions on how appropriate the film is for children who are in foster care or adopted. 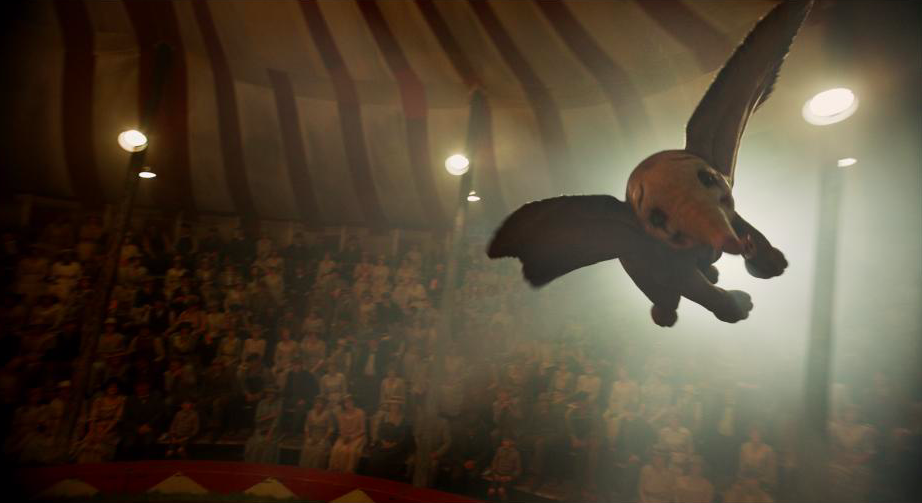 As a kid, I watched the animated version of Dumbo over and over. I loved it. Even as a youngster, I stood up and cheered when Dumbo finally silenced his critics and took a leap off of that platform, spread his ears wide, and soared over the crowd. What a triumph! What a silencer of the haters! For this insecure, awkward, often picked-on little boy, Dumbo was my hero.

So of course, my heart leapt a bit last year when I heard that my classic favorite was being turned into a live-action movie. A few days ago, my son and I grabbed our tickets and popcorn and found our seats to take in this new release. I had to spend some time explaining that this was a live-action remake of one of Disney’s most classic movies in history. He thought it was a brand new movie. Ahh, kids these days!

I have to tell you, Dumbo did not disappoint from an adult perspective. A storyline that did not drag out, or become confusing, contain unnecessary plot points, or lose the audience, kept this easily distracted moviegoer engaged.

This Movie Review was written by Mike, an adoptive dad, with input by André, a teen adoptee.
Lead actors and actresses Eva Green, Colin Farrell, Danny DeVito, and Michael Keaton were believable and authentic, not to mention Nico Parker and Finley Hobbins who plaid Holt Farrier’s (Farrell) children in the film. Cute as can be!

But the question I want to answer in this review is whether or not Dumbo is appropriate to take children to. Particularly children you are caring for who have struggled with the loss of their biological family, still grieving, or have come from significant trauma. We talk a lot on this blog about strategies to help you navigate trauma history (sometimes severe) with your children, so I want to give you a first-hand perspective from a parent who is right in the middle of doing just that.

Aspects Of The Movie To Be Cautious Of (Spoilers)

I did take my teenage son to see the movie, and he liked it. We talked ahead of time, about how parts of his own story as an adoptee might make this difficult to watch, he was still enthusiastic about seeing it, so off we went. I went into this movie with him cautiously. I expected that we would be processing some of the hard storyline together as we drove home. If you are unfamiliar with Dumbo, the remake follows the storyline of Dumbo and his mother, Mrs. Jumbo, being separated from one another due to her aggression that causes destruction at the circus early on in the film. My son’s assessment was that he liked the movie and didn’t find it at all triggering.

He may be the exception, not the rule. So is Dumbo appropriate for children who have been adopted, or are currently in foster care?

I don’t think so.

After watching this film, and trying to view the story through the lens of a child who is grieving the loss of their first family, or just wrestling with feelings of grief or loss in general, I don’t think it’s a good idea to take them to see this film. Here’s why…

I really did love this film, but it is more appropriate for adults and older children. I would steer clear with young children and view with extreme caution if you or your child have experienced trauma relating to any of the issues above.

Hopefully this review helps you make a healthy informed decision for your family.