It’s officially, OFFICIALLY, the Christmas season and we are excited to see Mary Poppins Returns as our annual Christmas Day tradition. But Kristin and I had the chance to see a pre-screening of the film earlier this week, which is officially in theaters today. The question we always try to answer with our reviews is, “Is this good entertainment for foster and adoptive families?” Here’s my take… 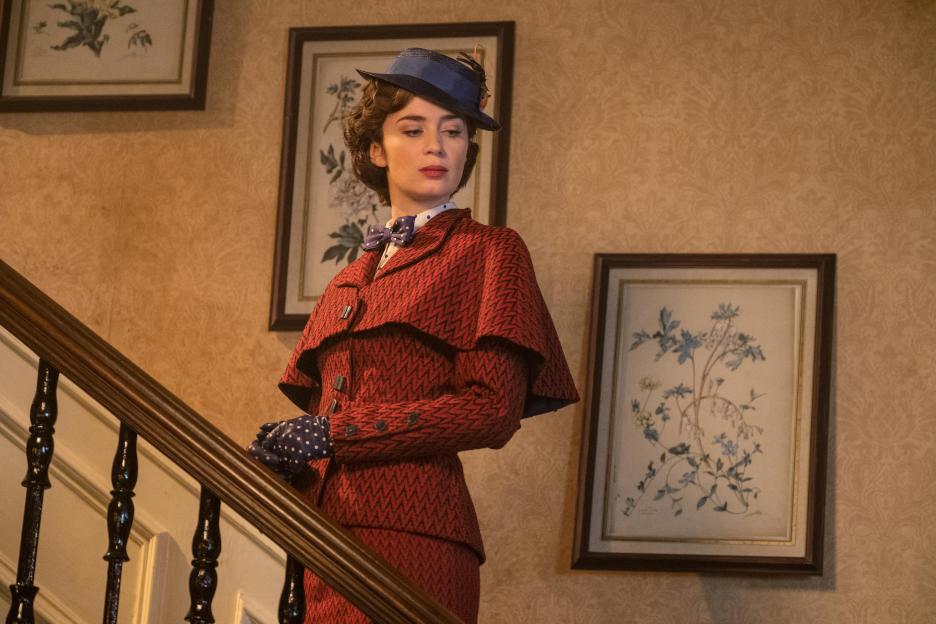 In an era of remakes and reboots, comes a refreshing sequel with Disney’s Mary Poppins Returns. You read that right…sequel. Because honestly…how do you remake the original Mary Poppins? The answer is, you don’t! Like a well-preserved bottle of wine, you allow the magic that Julie Andrews and Dick Van Dyke brought to the silver screen in 1964 to grow better with time. And you add a magnificent layer of magic with Emily Blunt and Lin-Manuel Miranda (Mary Poppins and Jack The Leary in case you are wondering).

I may have spoken out of turn a month ago when I reviewed The Nutcracker And The Four Realms and said it was an instant holiday classic. It’s good. Very good, in fact. But Mary Poppins Returns? Simply magical. This film is the new holiday classic in my opinion. I laughed, I cried, I was moved. I had all the feels. In short…I loved this film. Here’s my take on it by the grade…

(Spoilers) Seamless! There’s always a bit of a caution going into a sequel when it comes to the storyline. Will it be believable? Will it make sense? Will it highlight the magic that has already happened? Mary Poppins Returns hits all of these marks. We pick up the the storyline with an adult Jane and Michael Banks (the children in the original Mary Poppins). Jane is single and Michael, a widower, is living in the Bank’s original home with his 3 children. In the beginning of the film, Michael learns from his bank’s lawyers that the Banks home is about to be repossessed due to an outstanding loan. Enter Mary Poppins, who arrives once again to care for the Banks family. In this instance, Michael has to work through the deep loss he has experienced as a result of losing his wife, as well as determine how he can pay back an outstanding loan and save the family home. The over-arching theme of “nothing’s gone forever, only out of place,” resounds positively throughout.

Obviously Emily Blunt and Lin-Manuel Miranda are both amazing and perfect in the roles of Mary Poppins and Jack The Leary. But we also have the pleasure of seeing perfectly orchestrated cameos by Meryl Streep as Mary’s hilarious and squirrelly Cousin Topsy, Angela Lansbury as the Balloon Lady, Dick Van Dyke as Mr. Dawes Jr., and the original Jane Banks, Karen Dotrice as the Elegant Woman in the park. All perfectly placed and believable. I had never seen Colin Firth (Wilkins the bank chairman) portray a villain in a film until seeing him in this film. But he was also very believable.

(Spoilers) Here’s where I really fell in love with Mary Poppins Returns. While I enjoy the visually stunning cinematography of the 21st Century (everything from Marvel to Disney Pixar films) I loved the simplicity of Mary Poppins. Yes, it was stunning and colorful, but they didn’t over do it. And when Mary, the children (Pixie Davies, Nathanael Saleh and Joel Dawson), and Jack, jump into the ceramic bowl to fix the wagon, we return to the same style of animation we experienced in the original Mary Poppins when Mary, Burt, and the children jumped into the sidewalk art. I gushed with nostalgia! The original Mary Poppins was on repeat in my house when I was a kid, and one of my favorite moments was the animated horse race and parade in the sidewalk art. Any animation of late would have detracted from the authenticity of the film.

(Spoilers) Not much to say here. This is one film the entire family can see again and again with no hesitation. No intense or scary moments, other than Jack scaling Big Ben to turn back time when the evil bank chairmen Wilkins is counting down the minutes until he can seize the Banks home. This film is filled with memorable song and dance, and fun-loving character interaction.

Cautions For Foster and Adoptive Parents? (B+)

(Spoilers) Only a minor caution here. Michael Banks, now an adult with children, has lost his wife previous to the time frame we pick up with the Bank’s family. Throughout the film there Michael, his sister Jane, and Michael’s children process the loss of her. It will get your heart. And this may or may not bring up feelings of loss with your children. While it’s not an adoption/foster care related theme of loss like Instant Family, it is still loss. One additional very minor caution happens toward the end of the film when the Banks family has packed up the entire house due to repossession. Again, nothing major, but it could spark feelings and past thoughts of your children having to leave their original home in a foster care situation. Just a forewarning as we are on the cusp of the Christmas holiday.

I will reiterate what I said in the beginning of this review. I LOVED this movie. This is one for the ages. Its magical, inspiring, visually appealing, and beautifully written. Enjoy Mary Poppins Returns, and have a beautiful Christmas season with your family!

Question: Did you see Mary Poppins Returns? What was your take? You can leave a comment by clicking here.